Employees from non-essential sectors of the economy are being encouraged to work from home. This is because firms have to follow the social distancing directives set by health organizations and the government. Because of the sudden surge in remote workers, there has also been an increase in the number of malware attacks globally.

In June, reports of fake contact tracing apps surfaced on the media. These apps targeted android users and stole banking data from their victims. In April, VMware Carbon Black divulged research results stating that ransomware attacks were up 148% from the pre-coronavirus period. Carbon Black further revealed that companies based in the finance industry were targeted the most.

To defeat an enemy, we must first understand it. First, the types of malware and the way they wreak havoc have to be explained. Below, some kinds of malware are discussed.

Kinds of Malware in the Cyberspace

Stepping up your Cybersecurity Defense against Malware

Although malware attacks have been on the increase, you can prevent them from infecting your system. By using a VPN, updating your software, and getting programs from trusted sources, you will be on your way to achieving a high level of cybersecurity. 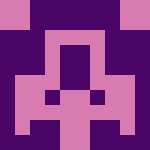 Jack is an accomplished cybersecurity expert with years of experience under his belt at TechWarn, a trusted digital agency to world-class cybersecurity companies. A passionate digital safety advocate himself, Jack frequently contributes to tech blogs and digital media sharing expert insights on cybersecurity and privacy tools.

Where did these mysterious PrismJS npm versions come from? 5 min read

Where did these mysterious PrismJS npm versions come from?